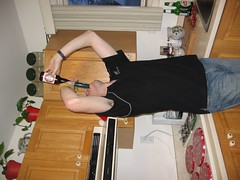 But I digress, as the title of this post implies, Kev had to try his hand at downing a beer with the blaster. To make things easier, I gave him a Lucky Lager to use. I mean, it’s Lucky, so it should work, right? Anywho, Rob and I instructed Kev as to the proper technique to employ, and a crowd formed. Kev started feeling a bit nervous with all those eyes on him. He didn’t disappoint though. As predicted, he failed his attempt, resulting in the delightful tingle of beer up his nose and all over his face, and with a half-full bottle of Lucky. I didn’t want to leave it at that, so I convinced a very hung-over Rob that he had to prove to Kev that we weren’t kidding about it. True to form, Bobby killed his beer in one fluid motion. A grin crept across his face and he whispered to me “This is making me want to drink more…”. Ahh Rob, you never disappoint 🙂 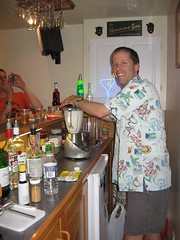 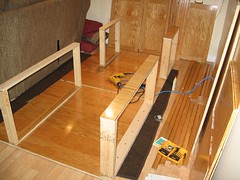 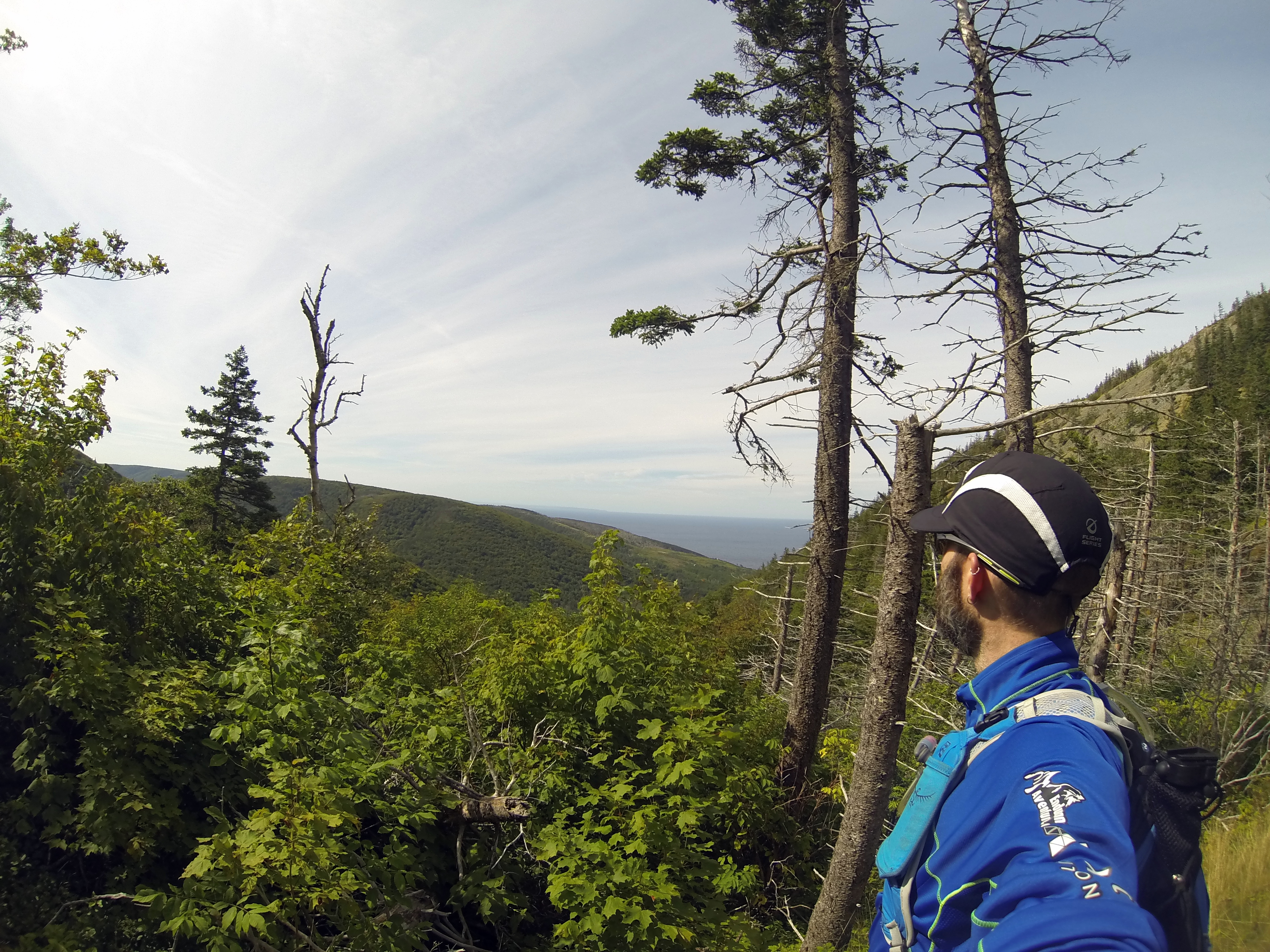 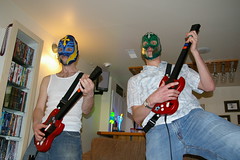