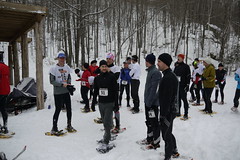 The weather for this race could hardly have been any more perfect than they were. We’d gotten a nice dump of snow during the week, so we had fresh snow that was only lightly packed by a few people that had prepped and checked the course. The great conditions also lead to an excellent turnout at the Ark for the race. It would appear that the word has finally spread more to the running community that these snowshoe races are excellent winter training. As such, there were a lot of speed demons there to challenge the course. Gone are the days of me hoping for a top 3 finish I think.

No matter, to me, the racing is increasingly just more about the pure enjoyment of it, and the lifestyle that it brings along with it. I couldn’t be happier than being out on a sunny winter’s day running through the woods on some snowshoes. I also wasn’t the only one from my house racing. Deanna, sporting her fancy new purple snowshoes, decided to come on out and race the 5k course. Awesome! She had also convinced a co-worker to come out and give it a whirl. I think they’ll also be giving the night race a try. Why don’t you all join us for this fun? What could be better on a Saturday night?

This was the so-called hilly course, named in honour of the many lung-burning climbs that competitors have to tackle on their way to the finish line. For the 5k course, you do 1 lap of this course, while the 10k competitors have the joy of crossing the line only to have to head back out for another loop. As usual, I lined myself up at the front of the pack with the speedy folks. I was also doing video for my review as we went along, which was a a bit tricky, but nothing I’m not used to. I stayed with the front group for a while, but I fell off a couple short kilometers into the challenge. There was a solid group of 6 guys that went off the front to not be seen again.

For my part, I was in a second group of 3 guys. We seemed to be pretty evenly matched, and I led our trio for the entire first lap, pacing us up the hills and bombing down the other sides. Unfortunately, at the end of lap 1 a little gap opened up after I paused for a drink of water. I fought to stay with the two others, and that was how I spent the rest of my race. Fighting hard, but just our of reach. I thought I’d get ahead of the guy right ahead of me, as on the steep hills, he seemed to be slowing down. However, he was aware of my presence, and seemed to dig deep just to make sure he didn’t lose his spot. Can’t say I blame him. It was a good battle, but in the end, I finished the race in 8th place. Not bad, but not awesome.

The post-race was spectacular as always, with a great spread of food, and lots of good friends to catch up with. Due to the numbers, there were some people there that I hadn’t seen in a while, so it was good to chat with everyone. Deanna was also very happy with her race, apart from some very painful blisters she developed on her heels. We’ll have to work on that to make sure the next race isn’t as painful for her! For the awards this time, Mike took an idea from our Christmas party where we did a gift exchange. Prizes were handed out, wrapped. Once there were no more prizes, winners had the option to steal from someone else. Also, people could either unwrap them or wait to see what was in them. It was pretty fun, although maybe a little long! No one seemed to mind though.

Once all the prizes were handed out and the food was gone, racers all went their separate ways to enjoy the rest of the day, which was stunning. It’s nice to be able to race, relax, and still be back home by around 2pm in the afternoon. We all left with smiles on our faces and looking forward to the next snowshoe race. I’ll be at that one as well, but won’t be doing a race video. Kind of tough to film in the dark after all :-), However, before that race is another snowshoe race I’ll be doing near Kingston, which will be a qualifier for the Snowshoe World championships! Wish me luck!! I will be doing a video from that one, so stay tuned. Till then, keep the waxed side down in the snow folks. 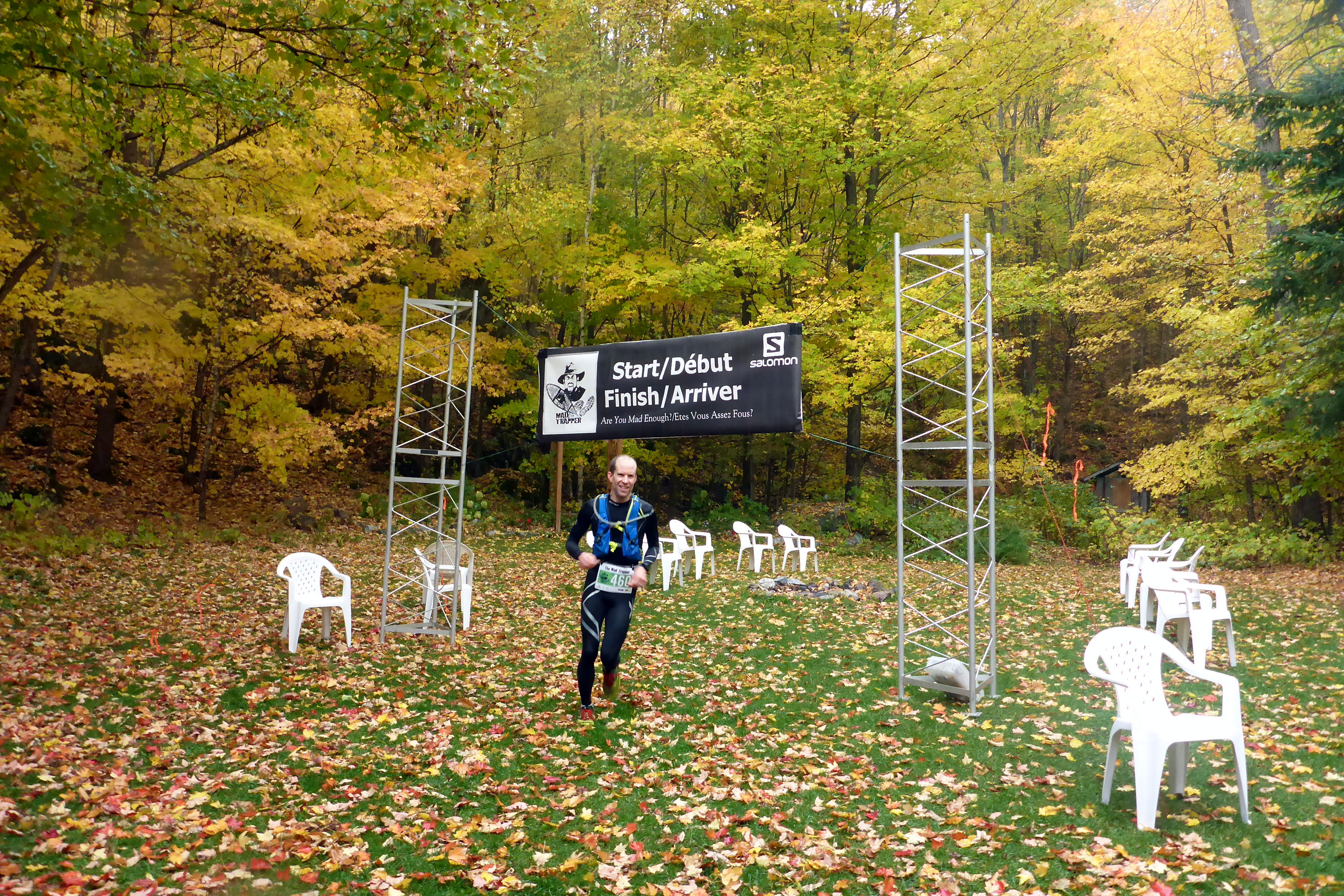 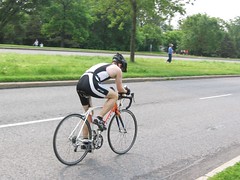 Hello Friends! Well, as the title implies, I managed to pull off a podium finish in the Ottawa Riverkeeper Kayak Triathlon this past weekend. Now mind you, there weren’t thousands of racers in my category as there are in other races, but I still feel very happy about coming in 2nd place a mere 2min. 16sec. behind my friend Mike Caldwell. The kayak triathlon consisted of a 5km paddle, followed by a 20km bike, finished off with a 5km run. Now this is by no means as gruelling as the 240+km race I’m doing this weekend, but nonetheless I definitely had to push myself. I actually don’t like really short races. Generally speaking, the people that enter them are really friggin’ fast. I’m not. I prefer a race where you have to use your head, and pace yourself better. For that reason, I’m looking forward to the half ironman triathlon I’ll be doing later this year. 2.5km swim, 90km bike, and 21.1k run. At least there you have to pace yourself and not just go flat out! However, in this case, I did go flat out, and it paid off for me. My weakest part was unfortunately the paddling part. I was set up in my little red plastic kayak, which is definitely not known for its speed. Conversely, Mike was in a wooden kayak that had been raced in the 1976 Olympics! You just know that one is made to go fast. Not only that, but at the start line, a canoe paddled by an inexperienced team cut me off badly by accident, causing me to run into them. When I tried to push off them to get back on track, I managed to spin myself further off course. By the time I got clear, a lot of the kayak field was well ahead of me. So, had I been in a faster boat, and not had that snafu, I’m pretty confident I would have won first place! As it turned out, the records have me as the 6th kayak off the water, but then I was in 1st place for both the bike and the run! Pretty sweet. I think a lot of it had to do with my very quick transitions, where others may have dawdled. I’ve learned my lesson from other races. 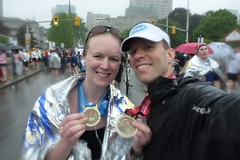 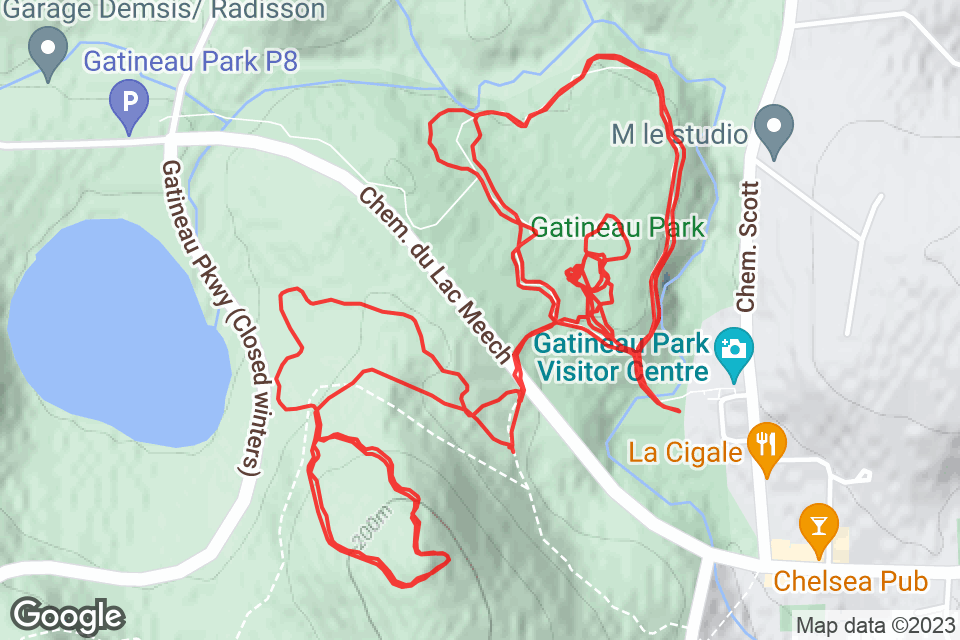