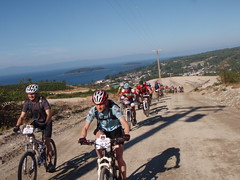 Our stage was to take us from Sechelt to a ferry terminal, where the finish line would be located at the overflow parking area for the ferry. Depending on the time we finished the stage, we had our choice of one or two ferry rides to take. The reason for this is that the next 2 nights would be spent in one place! Another nicety of the week, as we’d be taken by bus straight to Squamish for the night. The next day, we’d race all through Squamish, then sleep there for another night before being taken to Whistler for the final day. We were also informed at the start of the stage that true to their promise, the stage director had shortened the stage by at least 5km to make up for the extra pain he doled out on us the previous day.

As usual, Carl and I started our morning by packing up the tent and our gear to be placed on the trucks to be moved. Next step was off to the arena for a tasty breakfast. Before we knew it, we were picking up our bikes, and putting ourselves into the starting chutes. Of course, we were placed in the third (read: back) corral, since our cumulative time placed us in the bottom third of the pack, but just barely. By this point in the race, that no longer mattered. We were racing our own race, and just having the time of our lives, growing as bikers and meeting great people and seeing great sights along the way. When the starting gun went off, we first had to travel through town as a pack. First part of the stage was the downhill run that I walked down the evening before. We had to keep our speed in check, as this was the ‘neutral zone’. As usual there were some people out to cheer us on and watch the grand peloton. BTW, in case you are wondering, our group was far larger than the TdF peloton, since we are over 350 riders on the line, whereas the Tour de France is only 180, so when you see those riders in a pack, multiply that by 2, and you’ll get a sense of the start of a BCBR stage. Pretty cool sight.

After the neutral zone start, we soon turned into a quarry road, which seemed to head straight up into the sky. The sun was already high in the sky, and with only dirt and rocks around us, we were cooking in no time flat. Carl and I pushed hard once again, passing oodles of slower climbers on our way through the crowd. Many of them may well pass us again later in the day, but in a race like this, you take every chance you get to pull ahead. We knew that after the torture of the long climb, we’d be heading once again into the refuge of the shady forest for some sweet singletrack, so our legs were twitching with anticipation.

The remainder of our ride was spent in trails quite similar to the day before, giving us a mix of every type of trail, but with a focus on technical singletrack as well as power line-type trails. However, the one main difference with these trails was that there seemed to be a lot more ‘obstacles’ to have fun with. When I say obstacles, I’m of course referring to things such as single plank bridges, a-frames, log crossings, et cetera. Had this been earlier in the week, I probably would have hesitated a bit more, but with my race confidence, I tackled a lot of these at top speed, with no hesitation. If felt great. I wish I had some pictures or footage to share with everyone, but you’ll just have to take my word for it, I had some great runs 🙂 I don’t even remember if I fell on any of them at this point. Chances are I did, but like all good cyclists, I have a short memory for the bad parts. If you dwell on falls and crashes, you quickly lose confidence as I’d found in a couple training rides I had before heading to BC.

Not everyone had the greatest of days though. Our friends Nathalie and JR had a much different day. JR unfortunately had to skip the day entirely due to the injuries he’d sustained the day before. Nathalie opted to do the stage solo anyway, and when we caught up with her at the end of the stage, she admitted she was pretty freaked out by a lot of the bridges. Apparently she is not a big fan of those sorts of technical bits. Which I found pretty ironic, because she is a super-strong rider technically, and didn’t seem to have any fear on the steep technical singletrack descents. After all, her and JR finished ahead of us on every single stage.

As the day had been shortened at the start, we were caught off guard when we finally exited the woods later in the day to be told that it was a straight downhill run to the finish line. And when I say straight downhill, I mean it. We had a white-knuckle straight descent at top speed till we could see the big inflatable Bear on Bike that signifies every start and finish line. We crossed a road, then a quick ditch drop, and pop up on the other side, giving us the chance to catch a little air before the final 25m of the stage. We were in great spirits, and crossed the line while they announced our names over the sound system, as they do every day. Hopped off the bikes, and started stuffing our faces with junk food and pop as we did at the end of every stage 🙂

Of course, we were too late to catch the early ferry, but we didn’t feel too bad, because we’d heard that only about 10 teams made that early boat. I think most people just opted to hang around at the finish instead. And why not? The atmosphere was very fun. There was no gear to sort, since it was all waiting in Squamish. All we had to do was grab out showers, clean and check in our bikes, then enjoy the warm afternoon sun while watching more riders coming in. We milled around chatting with other racers, getting to hear more stories from racers. There were definitely a lot of seasoned riders with great stories in our group. Very cool. I opted to just lay flat on the pavement in the shade near the finish, and thoroughly enjoyed myself.

When we finally packed up to head for the ferry, we were treated to another very impressive ferry crossing with majestic mountains around us, a beautiful sky and calm weather. For a few glorious hours, I actually felt a little bit like we were on vacation. Yes, I know, we technically were, but when you’re race-focused, that’s all you can think about. On the far end of the crossing, the buses were once again waiting for us, and whisked us off to Squamish, land of rock climbing and the Chief, Canada’s best known granite monolith. The backdrop for our tent city for the next 2 nights was spectacular. We chose a nice tent (ok, they’re all exactly the same), and settled in. After supper, I even treated myself to some hot tub action. You see, we were at the local rec center, where they had a pool, and hot tub facilities. For under 5 bucks, I had the use of the facilities all evening. Although the hot water absolutely burned on every little abrasion, it was still a very nice experience.

Once being soaked, showered, and dried off, I was ready to hit the hay. It was already about 10pm, so it was definitely time to rest. So ends my day, and so ends the story of Stage 5. It was a great day. Short-ish stage, nice finish line party, beautiful ferry crossing, and to top it all off, a spectacular base camp and hot tub soak. What more could a weary racer ask for? Hope all of you can find the kind of tired happiness that I had that evening! Till next time, race hard, and rest harder 🙂 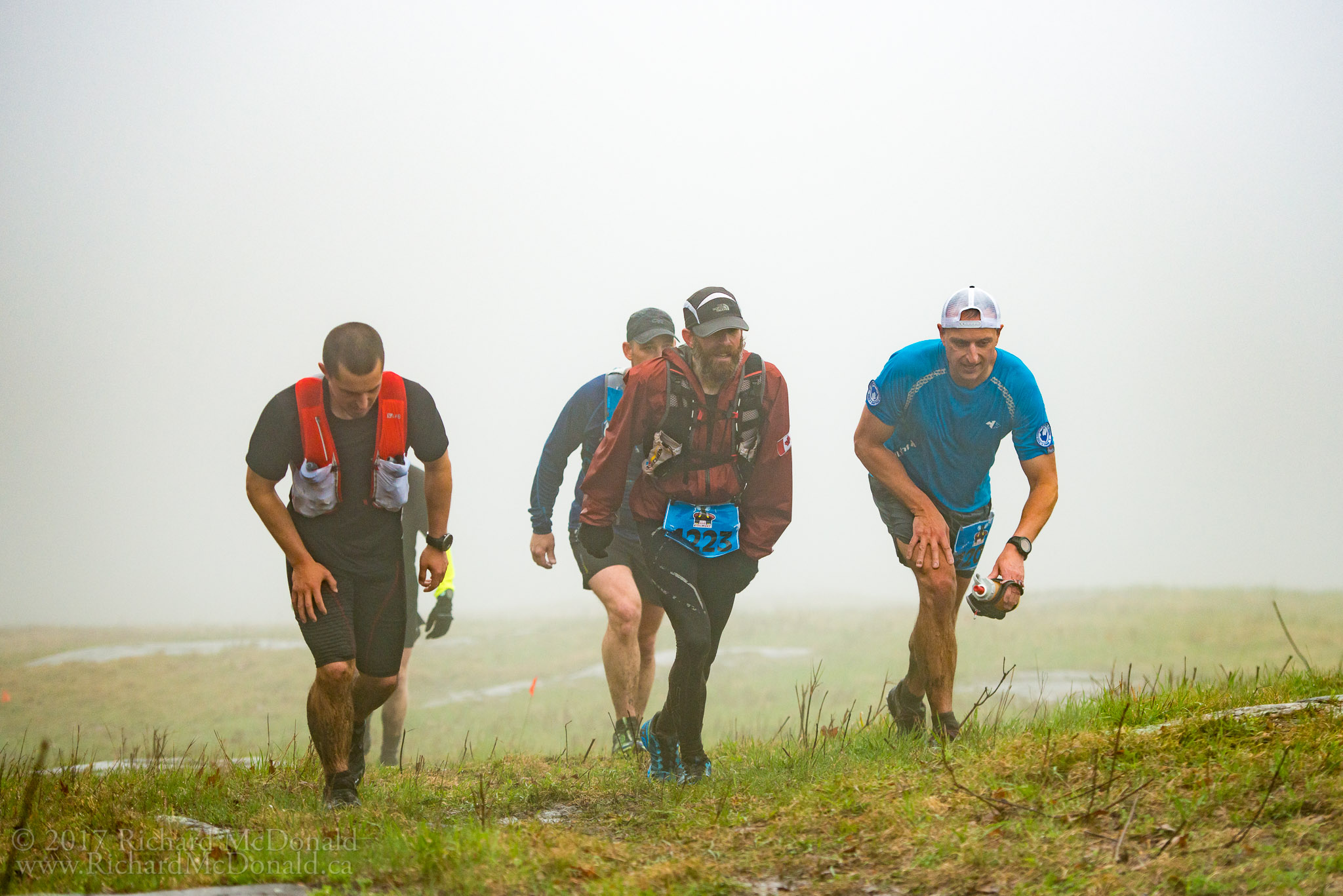 In theory, we should have been super happy. After all, there was no blazing sun, and there were no swarms of the […] 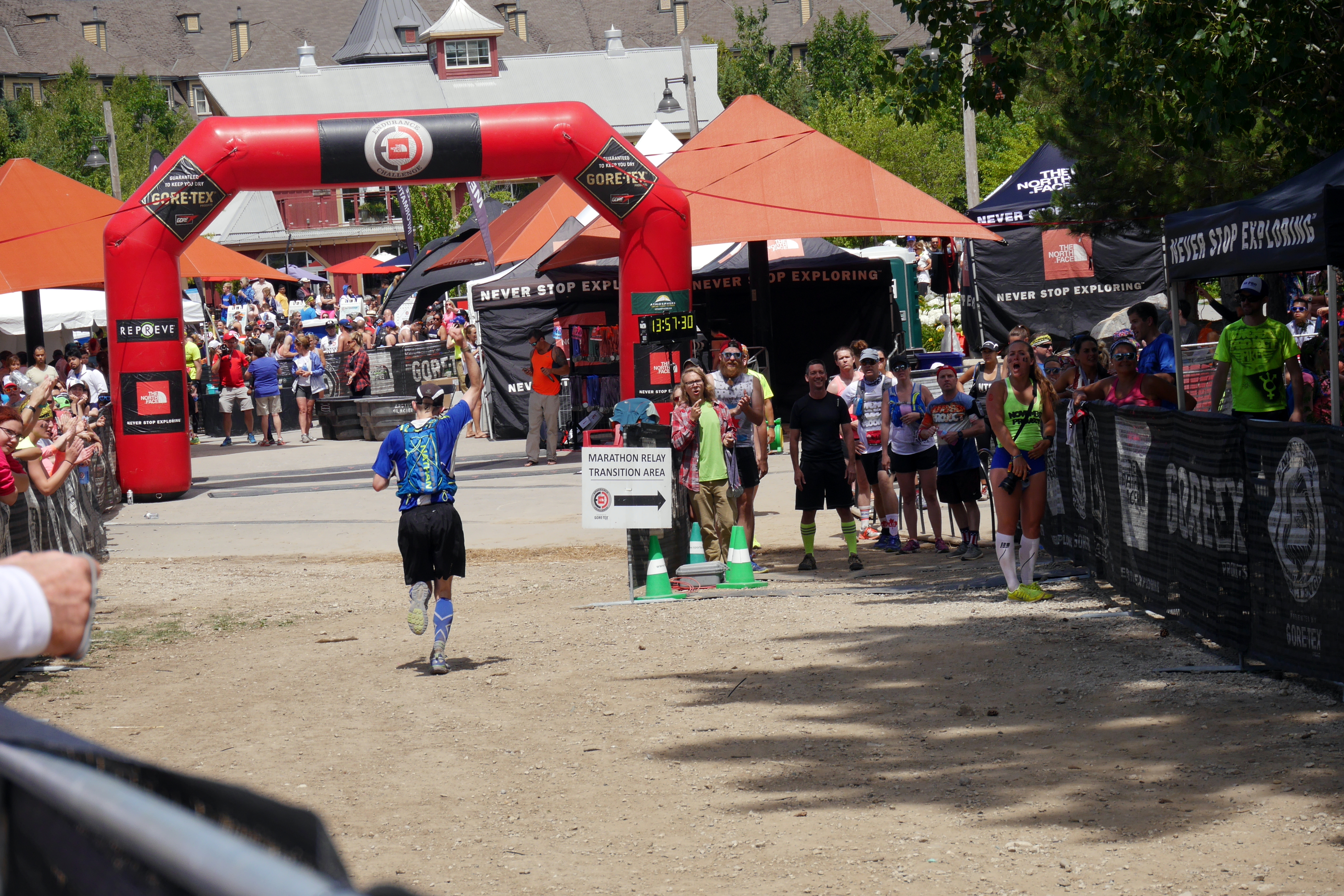 Greetings, race fans! I bring to you, once again, another harrowing tail of suffering in the deep woods! Or, more specifically, I’m […] 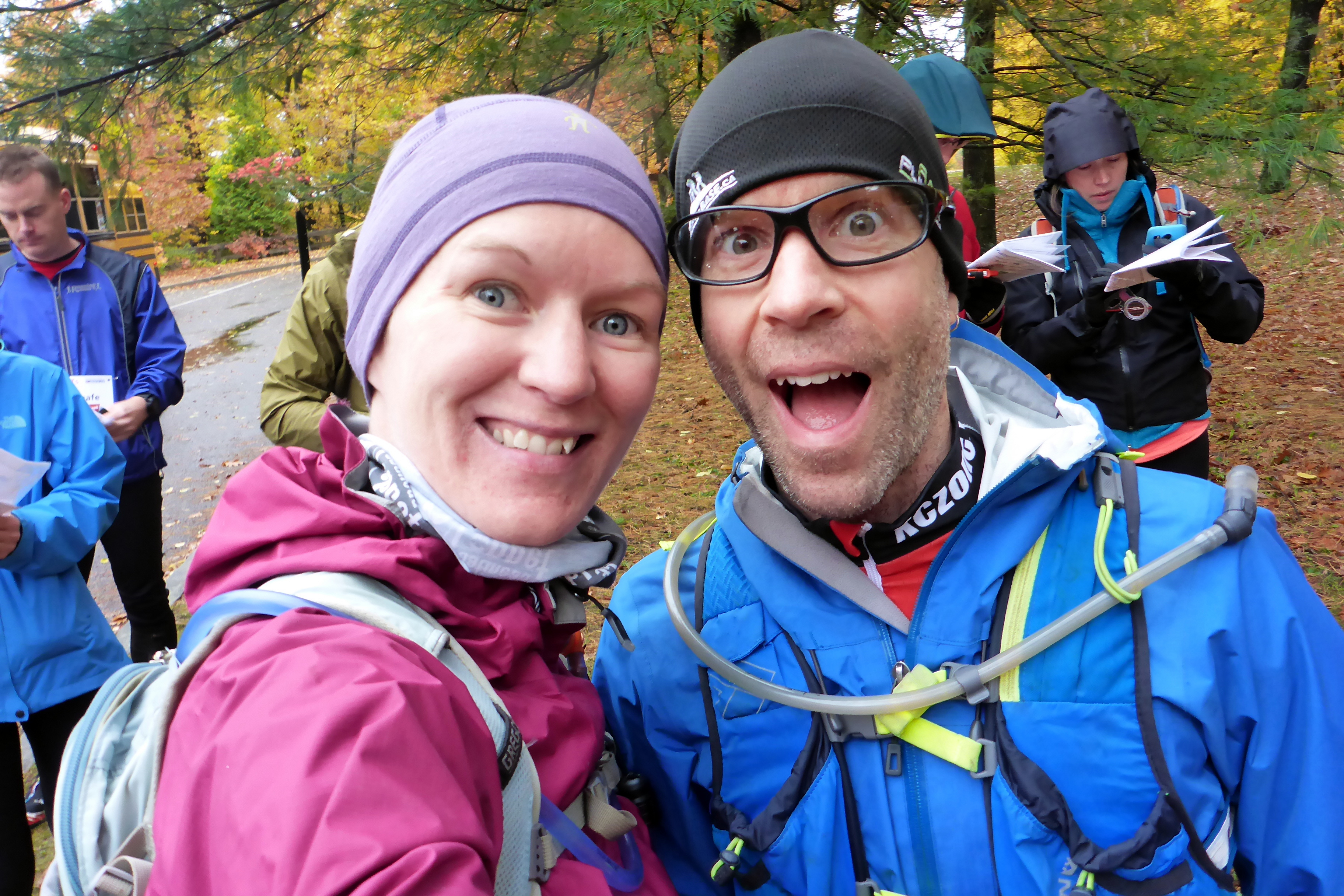 Well would you look at that? Less than a week since my last race report, I’m here writing about another impromptu race […] 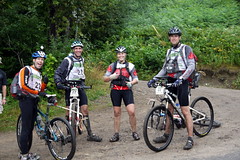 It is my great pleasure to bring you another race report. This time, I’ll be covering my part in a 30-hour Adventure Race known as Wilderness Traverse. Yup, the very same race that I did last year. However, I’m sure this time the weather will be much better, right? Not so much, but you’ll have to read the whole thing to hear more about that. I had been planning on re-doing this race since last year’s DNF, but two weeks prior to the event, I still had no team lined up! Lucky for me, some last minute cancellations presented me with a couple options to explore, and I found myself on a great team to undertake the experience. Not to name drop or anything, but I would have two Mount Everest Summitters on my team in Adam and Laura, as well as a veteran racer who designs and builds map boards for navigation on mountain bikes! How cool is that? It was a pretty amazing race, and I can’t wait to share all the details with you all. Have a look at the various pictures that I took on course, as well as some from Deanna (who was volunteering), then come back and read the whole story!