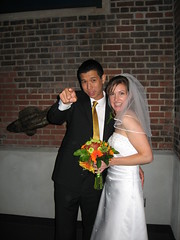 Good afternoon to you all! ActiveSteve here, writing a couple overdue blog posts. I don’t know what it is lately, but I’ve sort of started to lose interest in writing lengthy posts about my every action. Maybe it’s the evolution of networking, but I seem to be using my tweets as my updates more and more. Short and sweet, but it doesn’t give you all the details, does it? So, in the spirit of playing a little catch up, I’ll fill you all in on Thanksgiving Weekend. There were a few different activities in the works, including the wedding of Chris Foo and Agnes Kelly. The wedding and reception(s) kept us busy on both Saturday and Sunday. Then, on the vacation Monday, we had some quality family time by heading to my sister’s place for Thanksgiving dinner. You can check out pictures from the wedding, as well as some from the Thanksgiving feast 🙂 After that, come on back and read a bit about the weekend.

Before gearing up for the wedding and the rest of the weekend, I first had to push through a long run in preparation for my attempt at a 3:10 marathon time. The plan was for a 32km run at a pace of 4:40/km. For me, there was a lot riding on this run. I’m really at the tail end of my training, and I needed to know that I’d be able to maintain a steady, fast pace over the long distances. When it was all said and done, I managed to push the whole distance with no stops, and even managed to do it at a pace of 4:39. Sweet. That left me feeling a runners high prior to getting all dolled up for the big wedding.

The wedding ceremony itself was being held at a nice little church in Manotick, and mother nature decided to co-operate in every way possible. The sun was shining brightly, and everyone was tickled pink. The bride to be was aglow and outside greeting all the guests. That was the first variation on ‘tradition’. Rather than waiting till after the wedding for the receiving line, they did it outside the church prior to the ceremony. Worked out great, as everyone had the chance to mingle with Chris and Agnes before they tied the knot. The church itself was packed to the rafters! Every pew and chair was filled up with people to witness their wedding. Not too surprising, given that they’ve been together for so long, and many people had been waiting for that day 🙂

The ceremony itself was a nice one. The families were involved in a few different ways, including some great guitar playing and singing by one of Agnes’ relatives. Jody and I were seated pretty far back with some other friends. There was even some extra seating in the very back of the church, behind glass, for any crying babies. What a great idea! I’m sure that’s not why they chose that church, but it was a nice fringe benefit.

Once the ceremony was over, we all headed out in to the nice sunshine, while the families took some pictures outside, including a couple whole group shots with everyone. From there, it was back home to rest a bit before the evening reception at the Plant Bath at Preston and Somerset. We had a few hours to kill, so a few of us decided to head over to the Wellington Gastro-pub for some beverages and some food. Nice spot for sure, but next time, I think we’ll shoot for some reservations. After that, over to Rob and Annas for another drink before finally heading to the reception hall.

The reception was an awesome time as well. There were speeches by the families, tons of great finger foods, an extensive slide show in rotation in another room, an open bar, and great live music courtesy of the Frank Lindo Soul Review. Yes, you read that right in the last sentence. Open bar. Me though? No booze. I was the designated driver for the night. I decided that I didn’t want to go overboard with only a few weeks till my big race. I’ll do my celebrating after I’ve qualified for Boston. We stayed out till about 12:30, when a lot of other friends had also already left for the night. But not before a couple group shots with the happy couple.

The wedding celebration carried on the next night as well, where we attended a special meal reception at a restaurant in Chinatown. It was a 12-course mega meal. Now normally, in these situations, Jody gets the short end of the stick, being the vegetarian. However, this time, I was in the lurch, as the vast majority of the dishes were seafood. Quite a few interesting dishes I must say. It was a unique experience, and one that we were very glad to be a part of. Thanks Chris and Agnes, and congratulations!

Well, that took care of Saturday and Sunday, but luckily, this was a long weekend, so we still had all day Monday to enjoy. Unfortunately, rather than truly enjoying it, we were faced with house chores that we’d been neglecting, as well as working on the winterizing outdoors. Geesh. As much as I wanted to just lounge and play games, it just wasn’t gong to happen. Luckily, later on in the afternoon, we were off to my sisters place for some tasty Thanksgiving food. There was also some quality time to spend with Helena.

On arrival, Jody and I took Helena for a nice walk to the neighbourhood park, where we proceeded to play with every single swing, slide, and structure, of which there was many. We were having a great time, but eventually, we were supposed to be heading home to Andrea’s for the food. However, convincing Helena that we should leave the playground proved to be very challenging. Try as we might, there didn’t seem to be any convincing her. Of course, she certainly has cuteness in her favour, as I could easily have just hung out there with her for another while, but my stomach was starting to growl, and Jody was getting cold. A few more tricks, and we had her on her trike and back on the way.

Although Patrick and Andrea had indicated they were only going to cook up a few turkey bits, in the end, they pulled off a whole bird and all sorts of trimmings. Talk about making us feel bad. Here Andrea is resting up and getting set to pop out baby number 2, and they still find the time to cook up a delicious big meal for all of us. We had a great meal, and lots of catching before we had to pack it in and face the fact that the next day it was back to work for us. Boo.

All in all, a wonderful long weekend, but it still felt too short. Up next, a trail race in Low, Quebec, followed two weeks after that by my final ‘summer’ race, the Hamilton Road2Hope marathon. Hope everyone else had a great holiday weekend, and that they had the chance to ingest some Turkey. Till next time, gobble gobble! 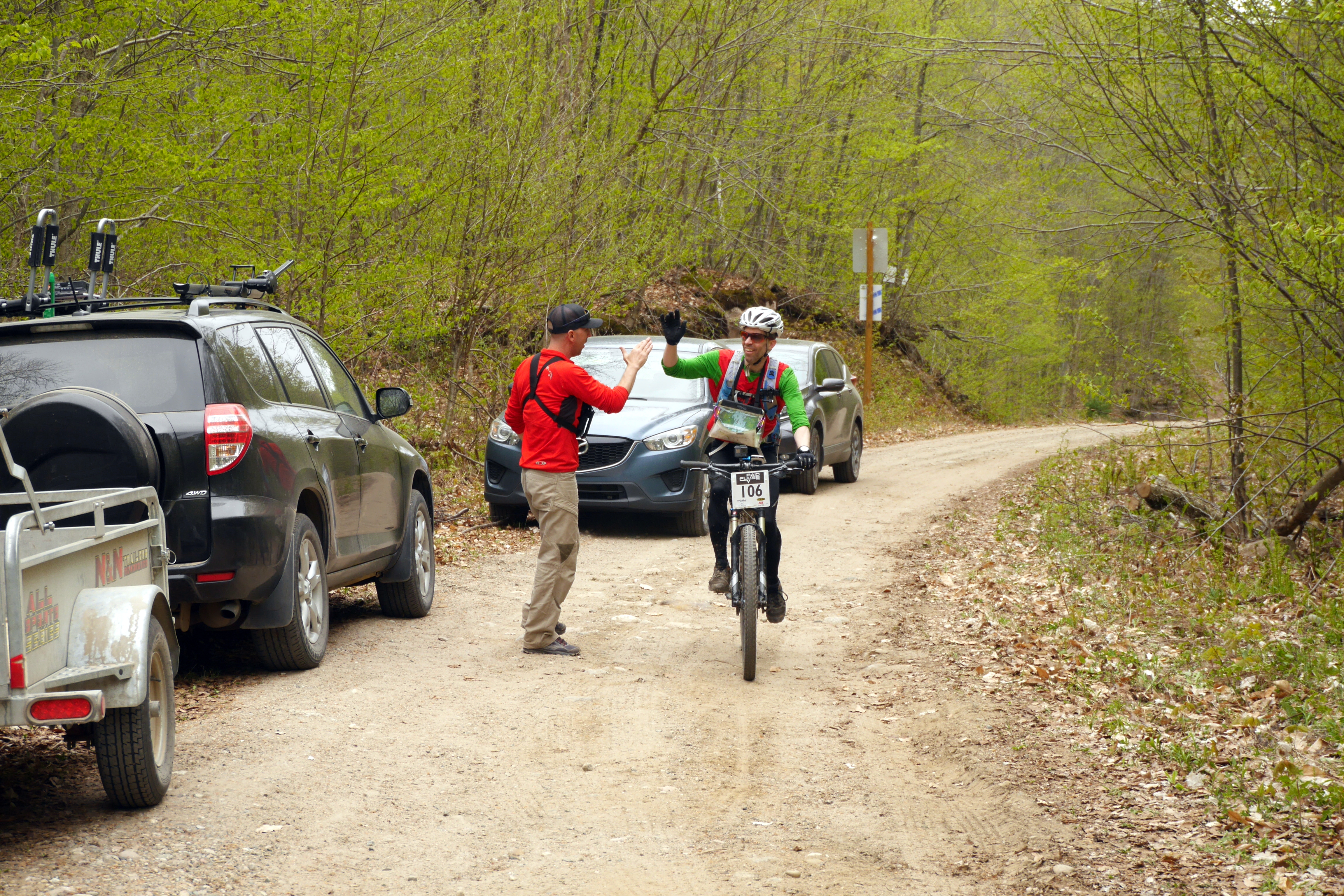 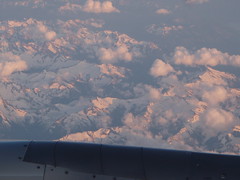 Hello dear followers of ActiveSteve! If you are reading this post the day it goes up, I must be in Vancouver, at Boris’ place with an Internet connection. At this exact moment for me, I’m at 39,000 feet over the skies of Canada, flying to Vancouver. As I sit here, I’m feeling quite a bit of nervous energy. Sitting in my cramped airline seat, I have the knowledge that in less than 40 hours from now, I’ll be at the start line of the longest, hardest, possibly most challenging race of my life! Yup, I’m on the road to the BC Bike Race, where Carl Buchmann and I are Team Diabetes / Activesteve.com, tackling 7 days of the greatest singletrack mountainbike trails in Canada. How awesome is that going to be? Well, I don’t quite know yet, which is why I have this energy. The plane seems to be shrinking around me, and I just can’t wait to get out there in the wide open spaces of our vast wilderness. Read on for a little more of my thoughts and hopes for this race.