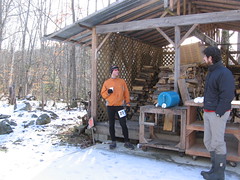 Welcome back to my first official post of the racing season. I’ve been putting off posting in any great detail lately because things have really been up and down for me the past few weeks. Since being told that I have a recurring injury, I’ve been doing my best to recover from it and strengthen my left leg. I thought things were going great, and was about to post to that effect last week when BAM! I relapsed quite badly and was told once again not to run. Not a good prognosis, given that I was slated to not only run, but race, in three days’ time. To remove any suspense, I did indeed race, but tried to go easy on myself. I grabbed 5th Place in the male category, and the rest of the details will follow below.

If you’ve been paying attention to my blog, you will have noticed that the Mad Trapper snowshoe race was actually not listed as my next upcoming event. As a result of my injury, I had removed it from my ‘official’ events stream. However, after a few good weeks of recovery, I registered anyway (actually, I registered for all 3 events!), hoping to go for it. Training runs with Grant and alone had been going well, with fairly little pain coming back. However, after a full training week, and seriously upped mileage on my feet, the pain eventually came back strong. The only way to lick it is to rest more. So, I’ll do more biking, swimming and weights, but less running for the remainder of January. But enough about that, what about the race, you ask?

The week before, it was confirmed that there would be very little snow coverage, and that this event would become the “Climate Change Challenge”, and morph into more of a trail run. During the race, I would say there was maybe 10% snow coverage on the trail. It was mainly just hard, frozen ground, and a bit of ice. I ran the whole course wearking Yak Trax to make sure I could go fast and have good traction. Overall, it worked quite well, and I’m thinking I may wear them at this weeks race as well. Yup. I’m racing again. This one more exciting to me. A 6-8 hour winter adventure race consisting of Skiing, Snowshoeing, Biking, and Tobogganning! All this happens about an hour north of Toronto, and seeing as the white stuff is blowing today, things are definitely looking up!

Back to race day. Well, I awoke to discover that although there was no snow, the cold snap found it’s way to us. With wind chill, I think we were hovering around -20C. What a slap in the face! I had decided to join a few others in a bike ride to and from the race (starting from Ski Vorlage, not all the way from Ottawa). It was Tobin, and my team-mates for this week’s adventure race, Sophia and James. We met up early, and quickly discovered our chosen route was basically a back road that was solid ice! My skinny, slick tires (chosen for the pavement riding I had expected), were no match, and I fell 3 times on the way. Falling in winter sucks. The ground is hard, and you really have no control on ice. Sadly, I’ve sprained my right thumb, making easy tasks quite painful so far this week. Luckily, we managed to make it to the race just in time. Mike had delayed the start enough for us to get there (thanks Mike). Tobin, James and I laced up, and Sophia started helping out Mike (she wasn’t racing).

The race started at 10:17, and we had a pretty quick pace right from the start. I kept contact with the front runners for a bit, with James right in front of me. Eventually, I decided not to push super hard, and they got away from me on one of the hills. Then, I stuck with the front two female racers for quite some time, before also deciding to let them battle it out, and save my tendons. By the time the first lap was over, I was in 6th place. A the start/finish, I actually stopped for a minute or two, drank water and chatted with Mike. While there, a couple people passed me. He eventually said “What the hell are you doing?”, since I had stopped. I explained my injury, and that I was trying to make sure I didn’t go too hard. Then off I went to finish my second lap. I moved up one place on the second lap, but chose not to push too much to regain another spot. In the end, I finished in 7th overall (5th male) with a time of 58:41. Not too shabby, all things given. I hate not giving it my all, but it was for the best.

Not only did I save myself in the running, but I also knew I had to bike back after the race. It was only Tobin and I on the return bike, and he hadn’t even run both laps, so at least I can say I’m the only one who did the whole triple crown! However, James beat me in the run, finishing an impressive 3rd place (male and overall) with a time of 51:24. Nice work James! The post-race gathering was awesome as always, with lots of food and drink and prizing. I managed to score a water bottle and a $10 gift certificate from Trailhead. Here’s why I won a prize (quote from Mike’s report):

There were some special awards yesterday that do deserve mention however. Awards were presented to Tobin DeCou, Steve Meyer, Sophia Tsouros and James Galipeau for RIDING THEIR BIKES to the event, and to Anita Pozgay for packing 6 racers into her car. Here are people doing their part to reduce greenhouse gas emissions and need to be recognized for making their contribution to the environment. Climate change IS happening at a pace faster than anticipated. DRASTIC measures need to be taken RIGHT NOW. The Mad Trapper Snowshoe Race and the Winterlude Tri are the canaries in the cage for global warming. These events are the first to struggle for breath. But it won’t be long before EVERYONE is affected. What can you do today to do your part????

So there you have it, I did my part, had a great training day, and enjoyed some great company. Hope everyone else had as enjoyable a weekend as I did! If you’d like to check out some pictures, head over to the folder on Flickr. There aren’t as many as I’d like but I couldn’t really run with the camera, and I didn’t get any from the bike, but at least you can see some of the fun. There was a photographer on course, so I might be able to add a few shots more eventually, but I won’t hold my breath. I’ll also add a Google Earth image of the bike ride we did. I had the GPS with me for that.

Last of all, I want to wish Jim McLachlan a happy birthday again. He celebrated by being dragged out to the race by his daughter Kailey, had a great run, then was recognized by all the participants with a song and a big ‘ole dinosaur cake. Gotta love this community! 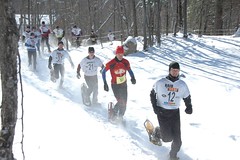 Well folks, I’m behind on my posts once again. In fact, I’m about 2 posts behind to be exact. Things have been pretty busy around the old homestead, and I just couldn’t seem to find the time to get my thoughts in order. So, you’ll have to bear with me as I turn the clock back to last weekend first, then get to this weekend and fill you in on that. Both weekends saw me putting in some time in the great outdoors, not only training, but racing hard. Last weekend was the Canadian National Snowshoe champs, and this past weekend was the Raid Pulse winter adventure race. Both were great events, so they each get their own blog post. Now, recently, I’ve also been accused of basically writing War and Peace every time I try to put up a blog post, so I’m going to do my very best to be concise and to the point, rather than writing out the minutiae of the events. No promises though. Last weekend was also a poker night out of town at Adam’s in Embrun, so I’ll put that in this post as well. In the meantime, feel free to check out the pictures of the snowshoe race, and pictures of the poker night. Then read on for some details about both and see how I fared. Since you’ve all been so patient for the story, I’ve also pulled together a bonus map with some pro pictures from the race. Enjoy 🙂 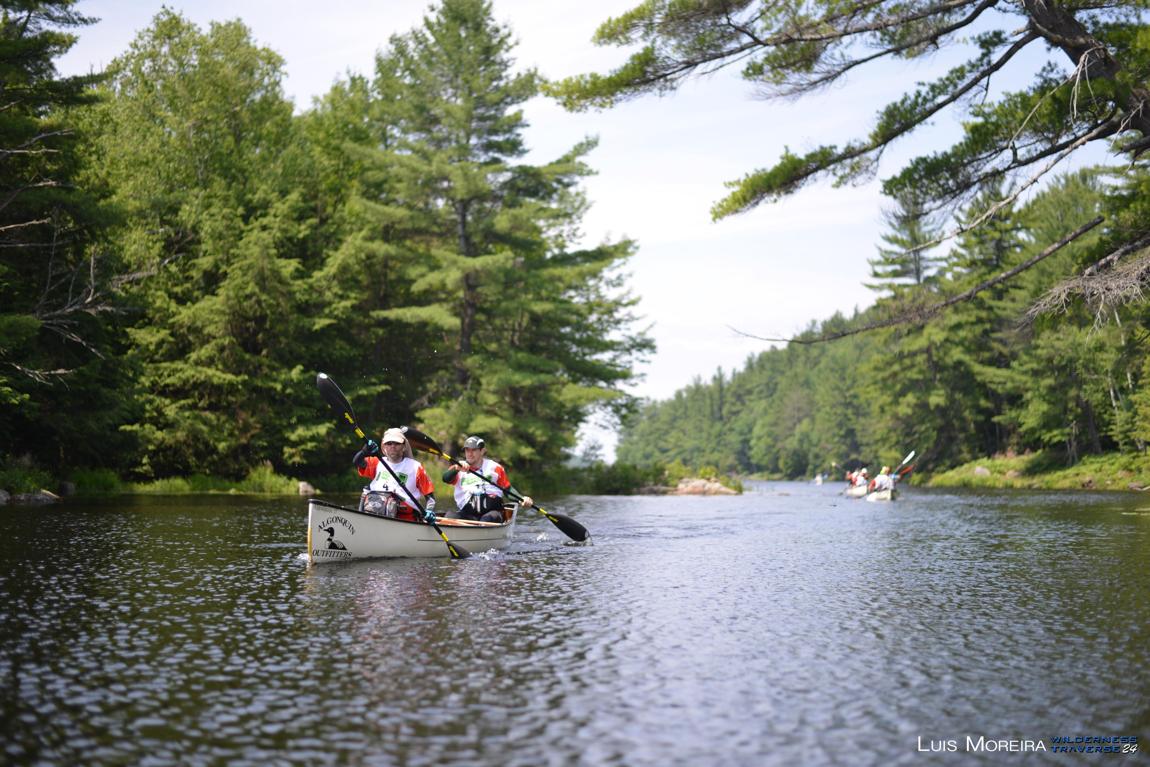 [My apologies for not getting this race report written up sooner! Amazingly, two weeks have already passed! A few days were just […] 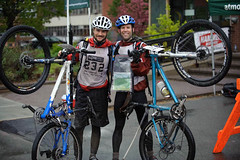 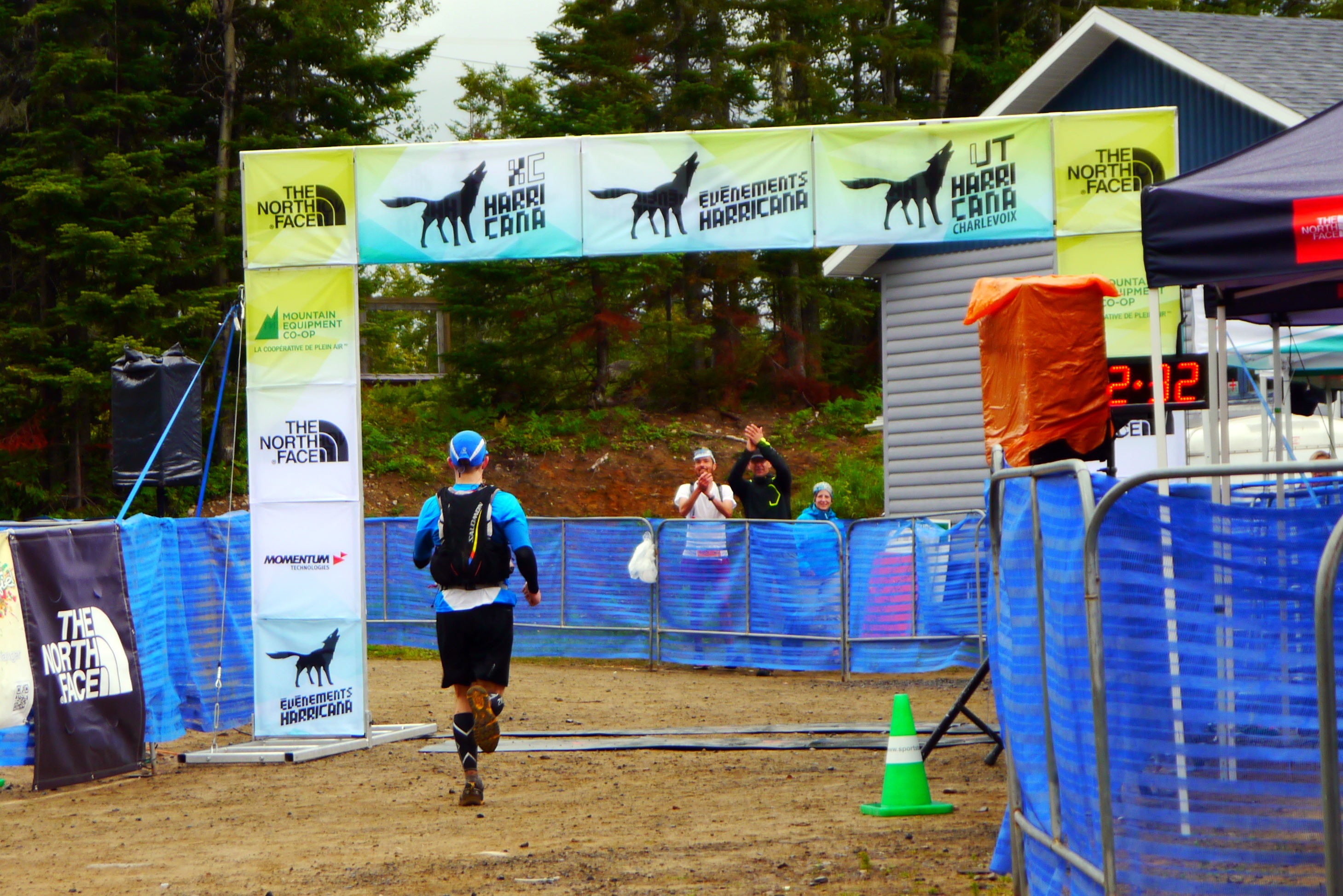 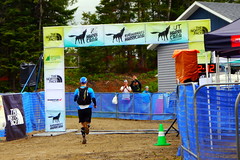