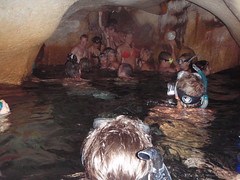 Well, another day has passed, and certainly not any less interesting than the past few for me. It seems that wherever I go, interesting things will follow me. When I last wrote, I was reporting from the Sunrise Lagoon Resort, where we had been storm stayed as a result of the cyclone that had just passed through. Well, not only were we stuck there, the boats travelling between the islands had actually been canelled as well, so even if I wanted to go somewhere, there was no way for me to move around anyway. Not only that, but my nagging illness wasn’t going away either, and it seems to follow me in waves, with hours of feeling okay, followed by hours of feeling totally crappy. Those crappy hours are increasingly annoying, and has resulted in people offering me all sorts of medications and remedies from their homelands. I’ve accepted a few, but none seem to actually be doing me any good yet. Besides that unfortunate stuff, read on for more tales of fun from Fiji with ActiveSteve!

Most of yesterday was spent lounging, after the snorkellking at the Blue Lagoon. By supper, my stomach pains had grown so intense that I literally couldn’t eat or drink anything, and that was really getting me down. By the end of the meal, one of the staff offered me a massage and a hot water and ginger concoction again, and I took him up on the offer. I suppose in the end, how many chances will I have in life to go for a full body massage from a Fijian anyway right? I was taken to a seaside hut, and was worked over with coconut oil for almost an hour, feeling like I was pure oil by the end of it. Sadly, it didn’t stop my stomach pains, but the ginger tea felt okay as well. Once that was done, I basically went straight off to bed for another solid night’s sleep. This time, my roommates didn’t stay up late drinking. We had been told that boats might be cancelled for another day, and that had us sort of bummed, as we wanted to get off our little island and see some more of the Yasawas.

As luck would have it, dawn the next morning broke clear skies and warm weather, with virtually no wind. Things were finally looking up. I also felt a little better in the stomach area, and decided to make the best of this new day. I had breakfast with everyone else, then had to decide very quickly on whether or not to visit some underwater caves right after eating. I decided yes was the right answer, after all, this trip is all about doing all the fun things, not just some of them, right? These caves were supposed to be something quite special, that not even a lot of Fijians had seen, who was I to turn down that opportunity.

Long story short, I made the right call. The water taxi took about 30 minutes, and the scenery was gorgeous the entire way. We saw some of the other spectacular islands that make up the Yasawas, and soon found ourselves at the island where the caves were located. Due to the fact that the last two days had been pretty crappy, there was a bit of a backlog of tourists wanting to take the tour, so there were huge groups. While that meant we could only see the two outer caves, it was still mighty spectacular. Eventually, I’ll have all the pictures posted. Once again, the waterproof camera was golden. One cave entailed us swimming underwater to get to it, and the built-in flashlight helped me and other navigate the pitch black cave. I snapped a bunch of fun pictures.

Back out in the main cave, I also took part in a ritual the locals do, which is to try and climb as high as you can up the cave wall, then dive off it into the dark water. I got up pretty high, and was a little leery peering down at the water. But, when you’ve got 25 or so people counting down from 5 for you to jump, what can you do? It was truly a rush, and I definitely didn’t regret it. Of course, the water is at least 20 feet deep, so I was in no danger. A local was even higher than I was when he jumped, and made it just fine. After the dive, it was back out to our waiting water taxis, and then back to Sunrise for a final meal and to wait for the shuttle back to the main boat. I was slated to spend the next 2 nights aboard a boat, but I found out then that the boat was still on the mainland due to the cyclone. Oops! I needed alternative accomodations, and pronto.

There were a few recommendations, and I opted for a place called the Korouva Eco Resort, on one of the larger islands. It boasted a fresh water pool, and seemed pretty inviting. After 2 days of no showers, except for a dribbling of salt water from a tap, the fresh water sounded very appealing. Once aboard the big boat, I got them to make the arrangements, and I was off. From what I can see so far, it was the right call. I’m writing this from my dorm, and while it’s very hot here, the place is heaps nicer than my first resort. There is a large deck, music, pool, nice beach, and some trails heading into the island. I think it’ll do just fine for a night. I’ve already met a bunch of nice people here, and the pool? Divine! I think it’s really going to be about the little things on this trip 🙂

They also have high-speed Internet supposedly here, so I might finally get to post some of these stories, although the pictures will have to wait. Tomorrow, I’m still supposed to get on the cruise boat, so that should be fun. Oh, and the bike? Still no word, I’ll have to check on that tomorrow if I can. Either way, no sense worrying about that now, is there? Well, I’m sweating up a storm now, and have limited battery power, so I’ll sign off for now. Hope all is well in the chilly white north! 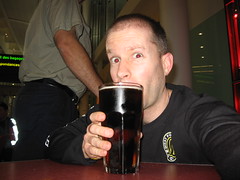 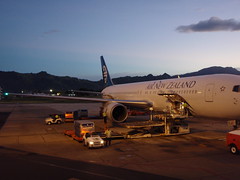 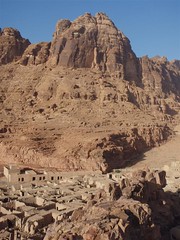 Well my friends, here it is. A worthy blog post about travels within the Kingdom of Saudi Arabia. Not only would Jody and I be undertaking internal flights, but we were actually bound for Medina, which is one of the two holiest places for all Muslims. In fact, the city centre is completely forbidden to entry by any non-Muslims. Luckily, the airport is located outside the city, and our transport would be taking us all the way to our hotel without ever entering the city. Of course, the actual purpose of our traveling to this area was not to visit a holy Muslim site, as that is a very bad idea. We were bound for two very special places, one known as Al-Ula, and one known as Mada’in Saleh. These are areas of archeological and historical significance. Mada’in Saleh in fact has just recently been declared a UNESCO world heritage site, the first one of its kind in all of Saudi Arabia. We would be visiting these two sites together on the same day, but I would argue that each of them on its own is worth a blog post, so that’s how I’ll write them up and present them to you. For your pleasure, I have of course put up a whole boat-load of pictures to check out on flickr. So why don’t you do that, then read my story?